A journey through the history of Bari

The Civic Museum of Bari was founded in 1913 to celebrate the 100th year anniversary of the creation of the “Murat District”. On this occasion the Civic Administration organized and set up the “Historical Exhibition of the 19th century”, which was also promoted by some important scholars of Bari.

This Exhibition was so successful that the City Administration decided to establish the first “Historical Museum” in the Margherita Theatre‘s rooms.

In 1926 the museum became a charitable trust, which kept its location in the theatre and in the course of time was enriched by interesting material like the archive and the paintings of the Tanzi family.

During the Second World War the museum was seized by the Anglo-American troops and became a recreation centre for soldiers. The museum re-opened some years later in different locations of Bari in Largo Urbano II, near the Basilica of San Nicola.

In 1977 the museum was moved into Strada Sagges 13 and the collection trasferred to the present premises. The old palace which houses the museum is located on the edge of the early medieval core of the city, in an area full of archaeological finds. The building consists of a three-storey tower, which connects to the Petroni arch, thus representing a fortified complex, which is typical of medieval palace houses.

Subsequently other structures were added to it, like the southern building, which dates back to the late 18th century.

One of the most valuable goods in the museum collection is the cradle of the Marquis of Montrone, a precious carved wooden artefact, decorated with silver leaf apllications dating back the the second half of the  18th century.

The first printed book in Bari, by th French typographer Gilberto Nehou, goes back, instead, to the 15th of October 1535. The author under the pseudonym Parthenopeo Suavio is Nicola Antonio Carmignano, a gentleman from Napoli at the service of Isabella d’Aragona and her daughter Bona Sforza. 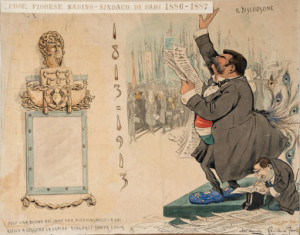 Gioacchino Murat founded the new city in 1813 laying the first stone of the “borgo murattiano”. After the end of the French domination, the Bourbons expanded Murat’s project and defined the urban structure of the new quarter.

One hundred years later, Prof. Francesco Nitti, along with a group of intellectuals of Bari, collected documents and materials to celebrate Bari in 1800 and the Unification of Italy. The “Historical Exhibition of the 19th century” was therefore created, inaugurated in the school building “Giuseppe Garibaldi”. 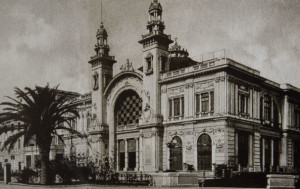 To celebrate the end of the First World War, the Civic Administration decided to establish the first “Historical Museum”, set up in the Margherita Theatre‘s rooms.

The previous Historical Exhibition of the 19th century was then followed by a rich war Exhibition. 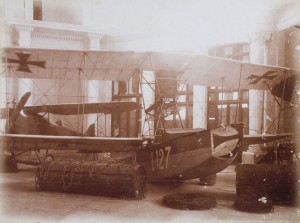 During the Second World War, the Margherita Theatre was seized by the Anglo-American troops and became a recreation centre for soldiers. All the museum goods were moved into the underground rooms of the Norman-Swabian Castle of Bari.

The confusion and the hurry caused losses and thefts of the museum collection’s goods, which were

piled up randomly until the end of the war, when the museum re-opened for some years in different locations of Bari in Largo Urbano II, near the Basilica of San Nicola. 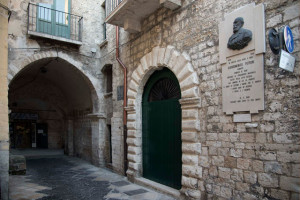 The Museum’s collection was transferred to the present premises, an imposing medieval fortified complex on the threshold of the old city in Strada Sagges. 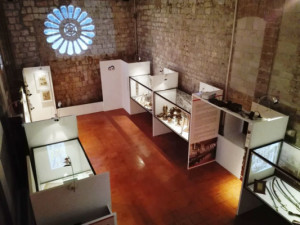 Today the Museum re-opens thanks to the City Council’s will, with a new management entrusted to private subjects and with a new display project.

The Civic Museum presents itself to the city as a dynamic cultural incubator, which is able to welcome numerous events, thus becoming a culturally vibrant place for local citizens, a reference point for reconstructing Bari’s history and memory.

The Civic Museum’s vast heritage includes a lot of artistic goods and documents donated by the Tanzi family in 1935. They show some famous members of the family which came to Bari along with Isabella Sforza d’Aragona. The archive represents a great source of information for the reconstruction of the city and region’s history starting from the 16th century to the early 20th century. It also represents a dense network of information about the evolution of the political, economic, commercial and social structure in the land of Bari during different historical phases. 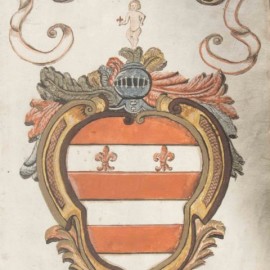 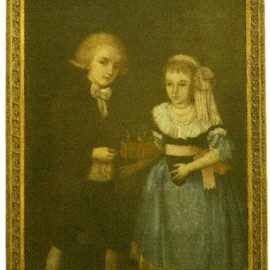 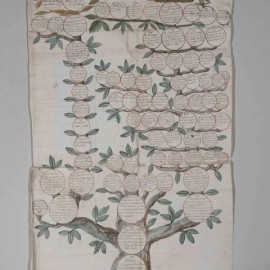 Menotti Bianchi was born in Bari on September 24, 1863. A talented satirical caricaturist, he tells the story of his city with a biting and precise stroke. He worked with the humoristic paper  “Frate Melitone”, from which he derives his pseudonym Frate Menotti, following an anticlerical custom, which was popular among the artists and caricaturists of the time.

He also worked for other important local and national magazines, like “Figaro”, “Don Ferrante”, “l’Oggi”. 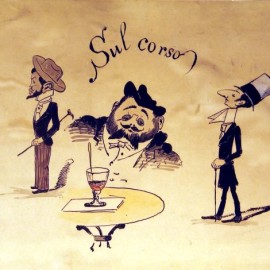 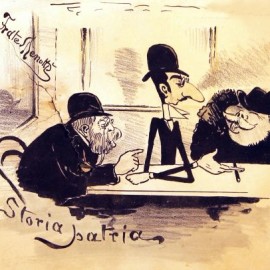 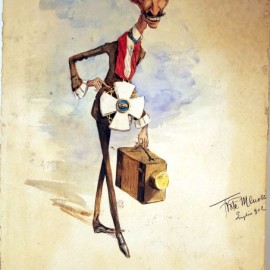 The Museum contains rich and precious photographic records, which include the prestigious work of the photographer from Bari Liborio Antonelli Matteucci. The Antonelli heritage consists of numerous  pictures of churches and monuments of Apulia, exhibited during the “Historical Exhibition of Bari of the 19th century” in 1913, and of the album on the “War Exhibition” of 1919, of great documental value because it contains photographs of the exhibition rooms of that time and a reproduction of the famous Austrian airplane “Lohener” (reproduced in the ground-floor room). In addition, the museum preserves 500 negatives on glass sheets, many of which correspond to the printing of photographs belonging to the same heritage. On display are two panoramic pictures and some impressive views of Bari Vecchia and the Borgo Murattiano. 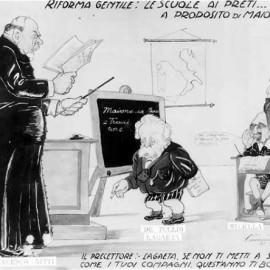 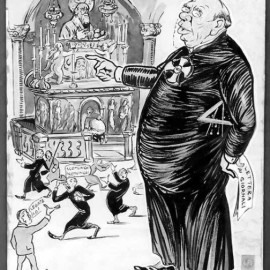 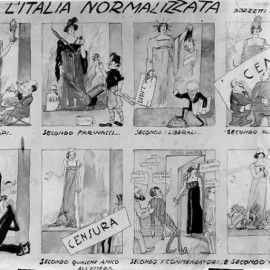 Matrixes made of wood and zinc used for the lithographic printing of playing cards. The original sketches and the reproduced copies show the playing cards made by Murari in Bari in the late 1800s. 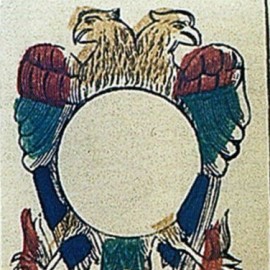 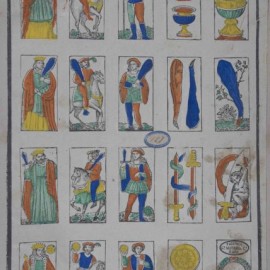 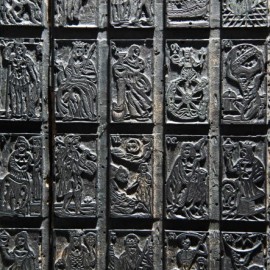 From the rich collection of relics exhibited in 1913 only few evidences have survived and are almost all war-related objects.

The collection includes valuable examples of cold weapons and firearms from the Bourbon period, from the National Guard, from brigandage and from the modern period. 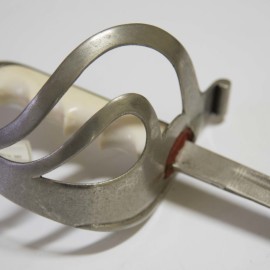 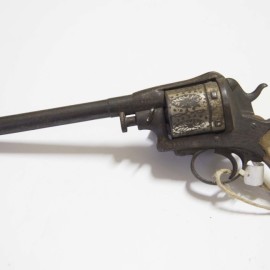 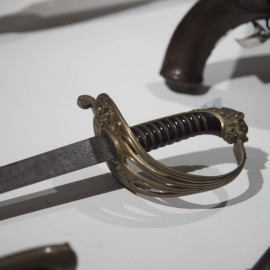 The material held in the museum is the result of numerous donations, especially from general officers and soldiers, who returned from their campaigns, like General De Bernardis. Most of the relics are war trophies, brought as souvenirs or exotic gifts. Several objects exhibited in the showcase can be found in the painting of Asmara. 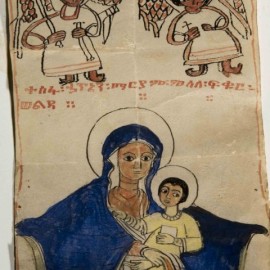 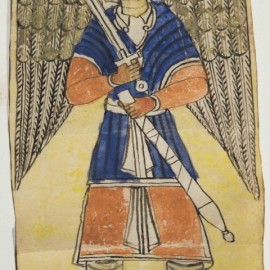 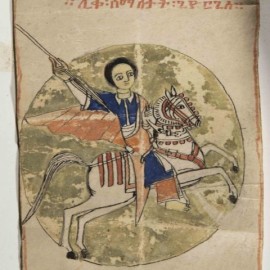 A Museum is the place where knowledge is built

Educational workshops are organized in the Museum by reservation.

An educational workshop allows creativity, knowledge building and discovery learning, but most of all it is a method for experiencing the museum spaces.

The proposed workshops are based on the most recent studies of Art and Archaeology teaching methods.

The objective of these experiences is to get students to know our tangible and intangible Cultural Heritage through a creative and lively teaching method.

Bookshop:
The most complete bibliography of books on the history of Bari is available in the museum!